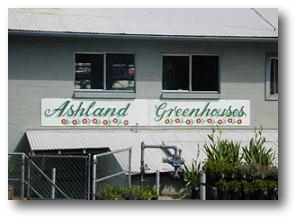 It is an honor to be a part of the history that has made Ashland Greenhouses a landmark in our community. Founded in 1906 by Joseph Sanders and his son W.G Sander after leaving Tillamook Oregon to settle in Ashland and begin their business growing cut flowers and vegetables.  After their first year in Ashland, Joseph Sander died leaving the business to W.G and his wife Agnes. In early years they sold vegetables to the railroad and decorative flowers for the community. 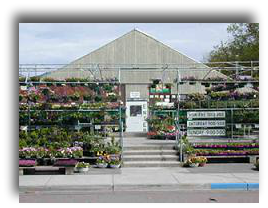 In 1946, Victor Sander, the son of W.G bought the business and carried on the operation until 1950.  At that time, Victor sold the greenhouse to his sister Caroline and her husband Jack Williams.  For the next twenty-eight years, Caroline, Jack, and their children operated the greenhouses growing mums for local flower shops, vegetable starts for farmers, and bedding plants for residential gardeners.  John Williams, the eldest son became a partner in 1973, and soon after his brother Greg Williams joined the business partnership in 1978.  Their father Jack died in 1979, and the two brothers John and Greg carried on the business. 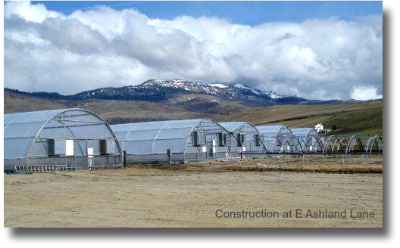 Production of cut mums was decreased to meet the demand for more annual bedding plants, herbaceous perennials, and poinsettias in the early 80's.  In 1994, John and his family moved out of Ashland selling his portion of the business back to his brother Greg and his wife Valri.  Overtime, the urban growth in Ashland grew around the greenhouses, and the business needed to be relocated. Since Valri and Greg’s children decided to choose different careers outside of the greenhouse business, they began looking for perspective buyers. 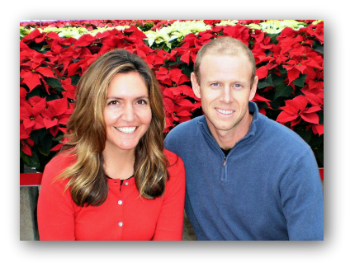 In 2007, my husband Ben and I purchased Ashland Greenhouses and relocated it to the current location at 650 E. Ashland Lane.  I grew up in Madras Oregon on a grass seed farm, and my husband Ben grew up in Palmer Alaska on a research dairy farm.  Ben graduated from Missouri Southern with a degree in business management, and is currently a financial advisor in Medford.  After graduating from Washington State University with a degree in Agriculture, I began teaching Agriculture Science in Vancouver Washington.  After two years of teaching in Washington, I moved to Southern Oregon and taught Horticulture at Eagle Point High School for six years.  It was there that I met Greg Williams, and developed a partnership between the Agriculture program at Eagle Point High School and Ashland Greenhouses.

We have a wonderful staff, some of which have been working with the company for 20-30 years or more.  We continue to sell both wholesale and retail from our location and invite you to come see us for all your gardening needs.

Visit us on Facebook, Pinterest, or join our Newsletter for updates, garden discussions, lots of photos, and much more!

Plant of the Month